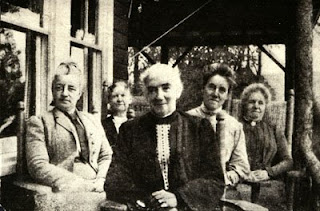 Amy,
I thought you might enjoy reading an article I wrote on Maria Parloa. It debuted yesterday in an online magazine called The Grapevine that serves Bethel, Connecticut. More research and documentation still needs to be done but I hope you will still find it interesting. I hope you do not mind that the article contains a link to your website.
Best Wishes,
Pat Wild
Bethel Town Historian